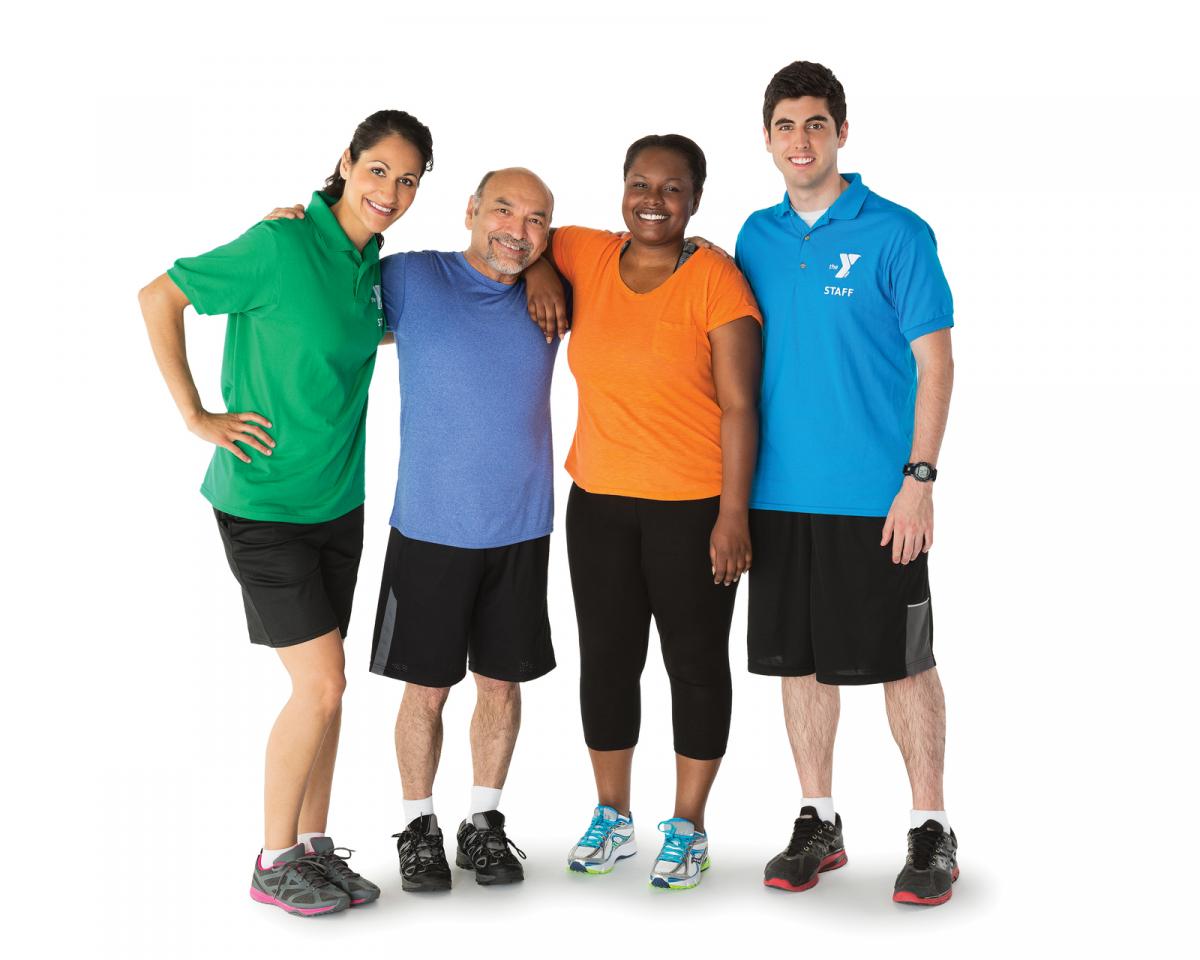 We are a charitable not-for-profit organization whose mission is to put Christian principles into practice through programs that build healthy spirit, mind, and body for all.

Strengthening the foundations of community is our cause. Every day, we work side-by-side with our neighbors to make sure that everyone, regardless of age, income or background, has the opportunity to learn, grown and thrive.

Our Story and Values

The Y is dedicated to building programs for youth development, for healthy living and for social responsibility that promote strong families, character values, youth leadership, community development and international understanding. The Y makes accessible the support and opportunities that empower people and communities to learn, grow and thrive by providing supportive and inclusive environments that nurture the potential of every youth and teen, improve the nation's health and well-being, and provide opportunities to give back and support neighbors. 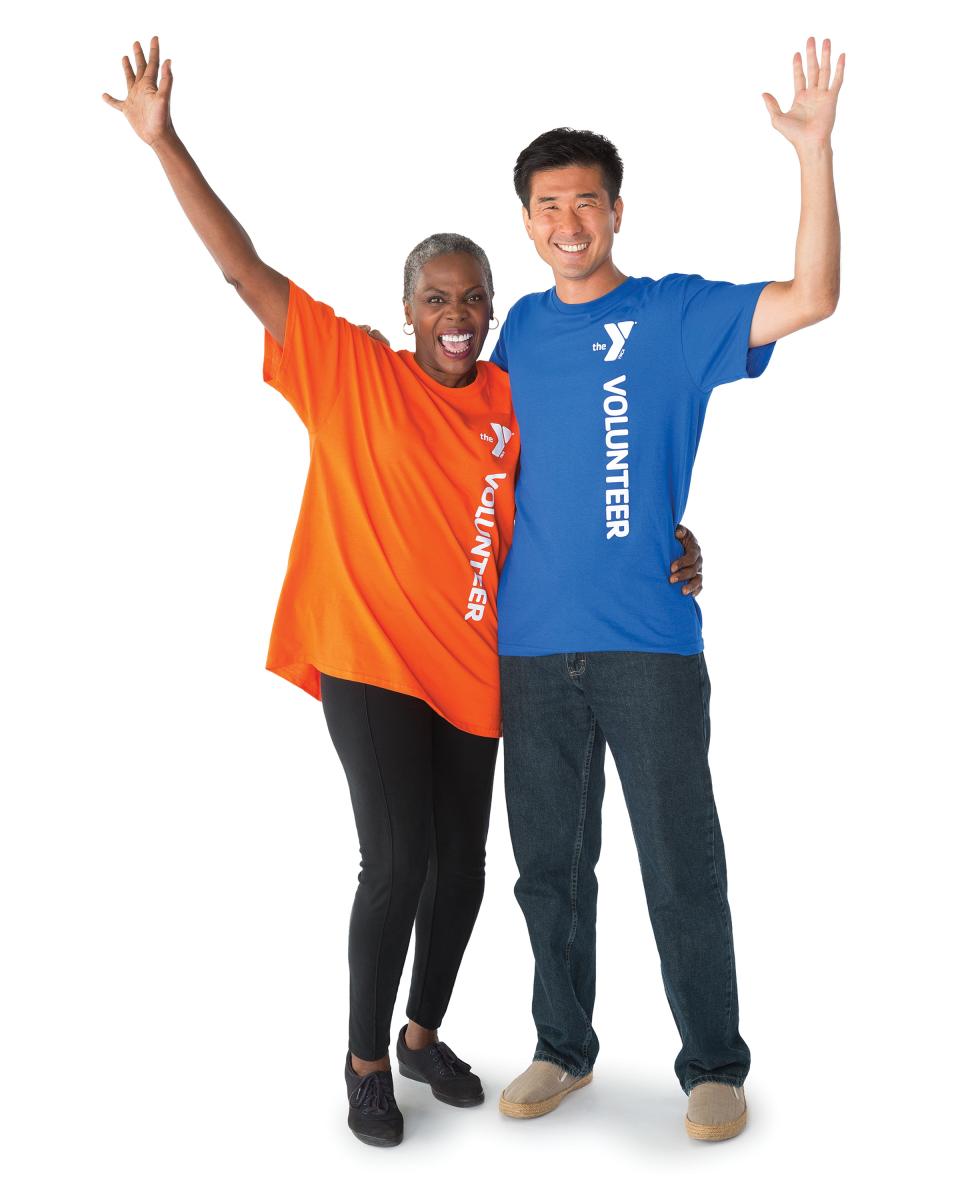 We have four core character development values that are the shared beliefs and essential principles that guide our behavior, our interactions with each other, our programs and curriculum and our decision-making.

Founded in 1844 by George Williams and eleven Christian young men, the Y has a long history of building a healthy spirit, mind and body for all through Christian principles. For many of our members and staff we describe our Christian principles as loving, caring and serving as the hands and heart of Christ, for all. We strive to emphasize actions and attitudes that reflect the Golden Rule, encouraging all members to live out their diverse beliefs and faith at the Y as they participate in our mission.

Although the YMCA is not a church, we are a Christian-focused organization with a strong religious heritage that has deeply shaped our work across the country and the world. We believe that our Christian principles can help us be for all in healthy ways as we build up individuals and families from all walks of life. Alongside this, we offer faith-based programming and events throughout the year, as well as partner with Christian churches and organizations to further strengthen the foundations of our community. 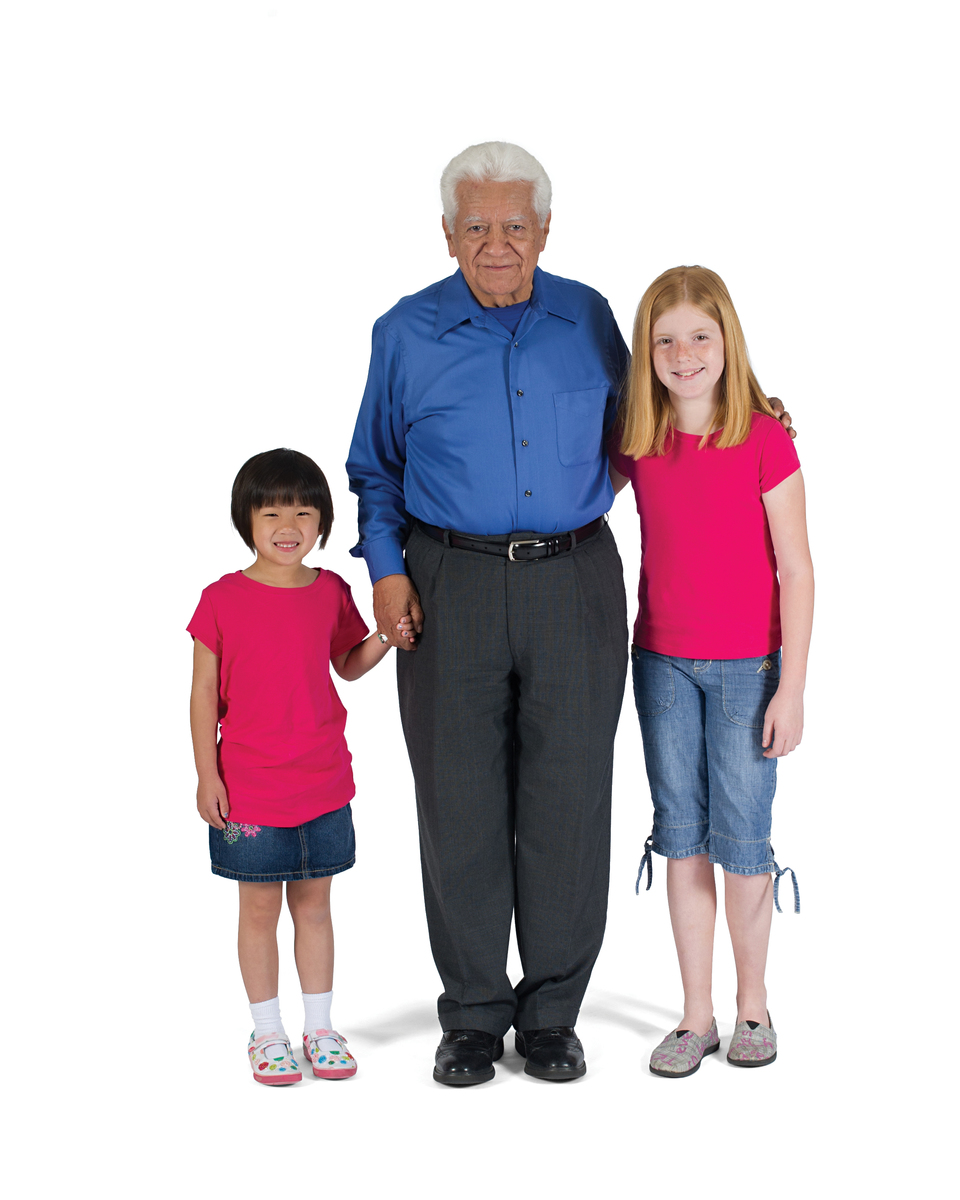 An annual event started in 2005 that brings together hundreds of people from across the city for a great morning of Christian inspiration, encouragement, and challenge.

Christians from around the community gather for prayer on the first Thursday of May at each of our membership branches to pray for our nation and neighborhoods, for guidance and grace to love, care and serve our schools, families, local leaders, and congregations.

This two-hour training offered throughout the year is designed to help members think through how to live out their faith at their YMCA branch. 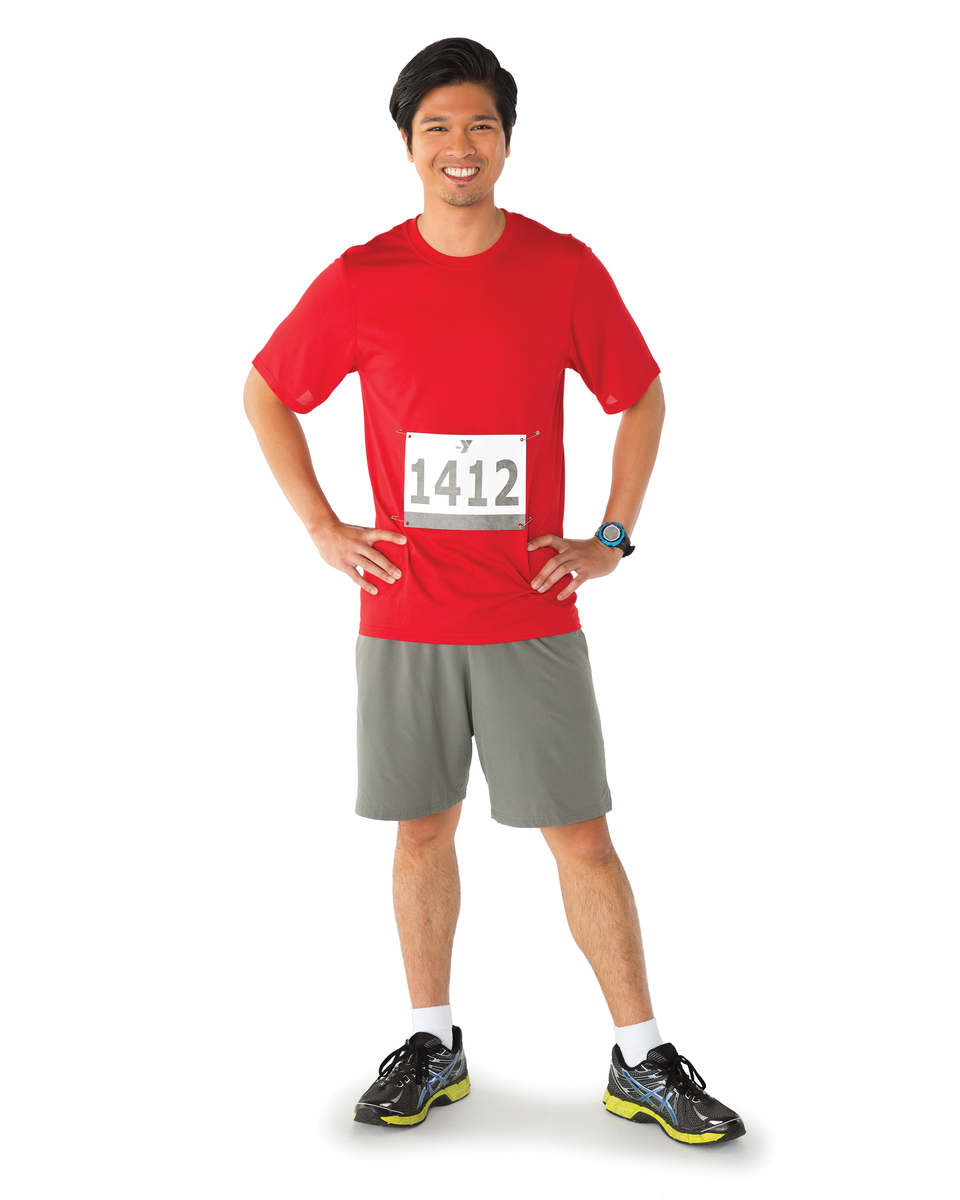 Did you know that many churches and the YMCA helped establish Father's Day in the United States? We partner with Associated Churches to celebrate dads and father-figures in our community through a family-friendly community event, the Father's Day 5K.

Throughout the year we offer training on how to use the Enneagram to build up a healthier spirit and mind from a Christian perspective.

Flourishing For All Blog

Click here to subscribe to the Christian Emphasis blog: Flourishing For All - it includes posts on ways the Christian principles in our mission can strengthen how we are "for all" in our community.

Throughout the year we offer sessions on how to improve your personal finances from a Christian perspective.

A program available at many of our membership branches throughout the year, providing a friendly, caring group of people who will walk alongside you through one of life’s most difficult experiences.

Throughout the year we plan training and scheduled opportunities to walk through your community to encourage, listen and pray for people you meet.

Click here to view and access devotions written by YMCA leaders published on the YouVersion Bible app (available for free).

Students and adults interested in a volunteer or an internship opportunity with the Christian Emphasis department can request information at volunteer@fwymca.org

To schedule a time to meet with a local Christian minister that serves as a YMCA chaplain in a branch near you, please contact your local branch:

Several of our branches have a congregation that meets in our Y facility for Sunday worship as well as partner with the Y staff as committee, program and event volunteers. It's a collaboration that seeks to benefit the Y, the church, and the community.

Each branch has a committee that supports Christian Emphasis events initiatives amongst the staff and members, primarily around prayer and encouragement, holiday events, and program support. Contact your branch Executive Director about how to get more involved.

The mission of the YMCA: to put Christian principles into practice through programs that build healthy spirit, mind and body for all. 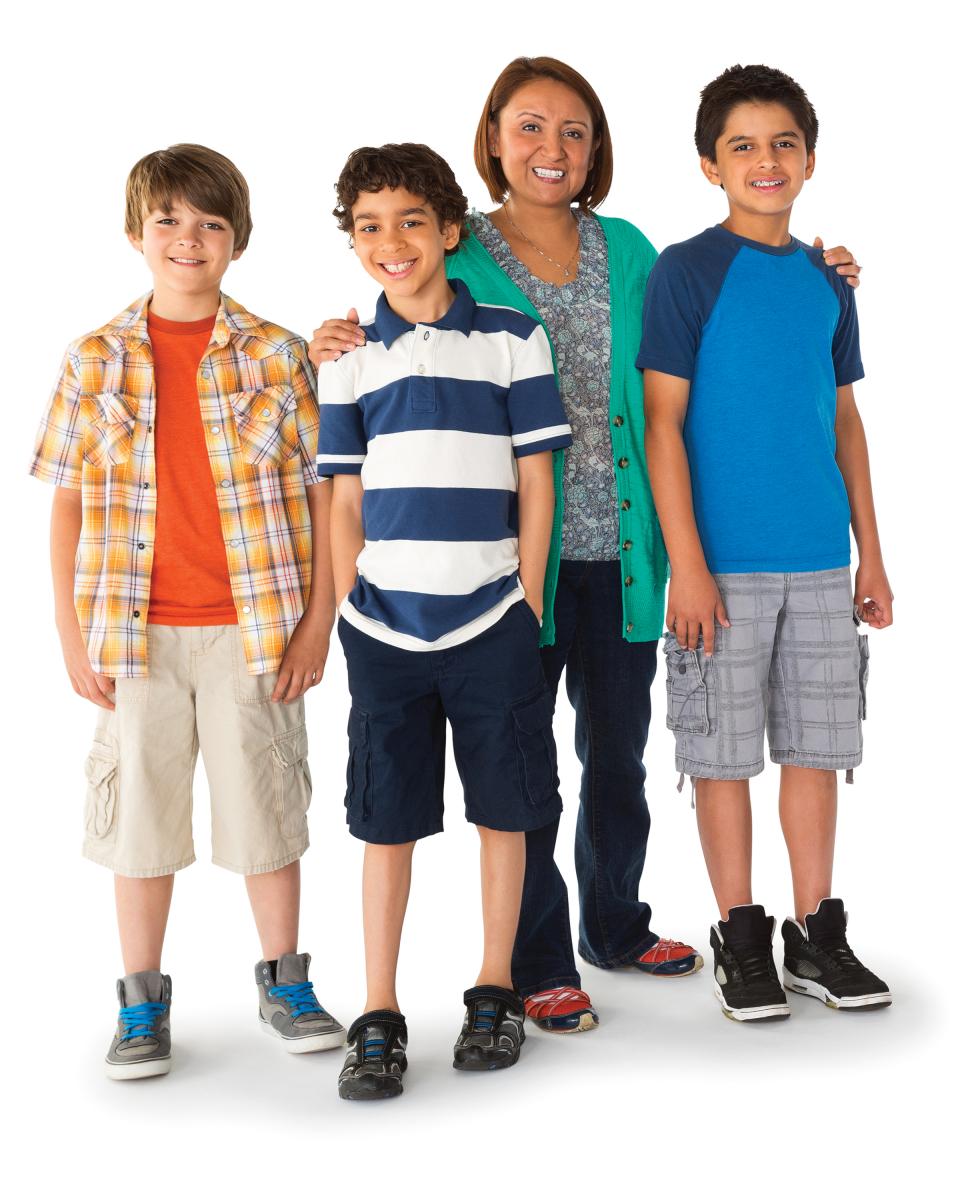 Our YMCA has a huge impact on our community... Want to read some of the stories? Click below!

Impact Stories
Benefits to the Community

The first YMCA in Fort Wayne was organized in 1858. The meetings were held in the Dietrick's Mercantile Institute located at the corner of Main and Calhoun Streets. Isaac Jenkinson was the first president of the YMCA in Fort Wayne serving from 1858-1860. The programs consisted of weekly religious, literary and social meetings.

The Railroad Association YMCA, located on the corner of Calhoun and Holman Streets, opened its doors on July 1, 1884. The Railroad YMCA provided sleeping quarters, hot baths and Sabbath services to railroaders. Membership dues were 25 cents per month, and entitled the member to all privileges of the association with one friend. The building included a large reading room, an amusement room supplied with chess and checkers, and two large parlors that were used for receptions and lectures. There were also complete bath facilities, as well as a surgical room for first aid. After adopting a new Articles of Incorporation and Constitution on September 13, 1889, the YMCA changed its name to the Fort Wayne Young Men’s Christian Association, and expanded to include Sunday song services, library and reading rooms, a gymnasium and a bowling alley. The building was closed in 1897.

In 1913, Fort Wayne hosted the 44th Annual State Convention of all Indiana YMCA associations. After this convention, an inspired group of prominent businessmen initiated a $300,000 building program and charged forward to raise funds. This was the first general fund raising campaign ever initiated in Fort Wayne.

Five years later, on May 12, 1918, the cornerstone to the Central YMCA was laid in a ceremony at the corner of Barr and Washington Streets. The Dedication Service was held on December 17, 1919 and the Railroad YMCA moved into the Central Branch YMCA – becoming the first building devoted to the YMCA’s work and mission exclusively. S.B. Bechtol was elected as the first president of the Fort Wayne association and served until 1922.

In 1920, association secretary Louis Schwan took a group of boys to Lake Wawasee for a camping program. As such, the Fort Wayne YMCA Boys Camp was founded. The group would return to Lake Wawasee in 1921 and 1922. In 1923 the camp was moved to Hemlock Lake near Redding, Michigan. The next year, on November 25, 1924, the Fort Wayne YMCA purchased 14 acres on Blackman Lake to establish an all-boys camp called Camp Potawotami. The camp opened to campers the summer of 1925. There were 8 cabins, each one with a capacity of 8 bunks. Arrowhead Lodge was built in 1931 and to this day houses the camp's kitchen and dining area.

In 1929, as the association celebrated the 10-year anniversary of Central Branch YMCA’s dedication, the East Side YMCA opened its doors at the corner of Eliza and McCullock Streets. With two branches in a community continuing to expand, the Kiwanis Westside YMCA was dedicated on November 26, 1934 through the cooperation of the Kiwanis Club and the Central YMCA. Located on Culbertson Street, it initially served area boys; in 1942 its programs were expanded to serve families, women and girls as well.

In 1965, the Southeast Family YMCA opened on Werling Drive. That same year, 17 acres of land were donated by Mr. & Mrs. Lisle Hodell that was later named Hodell Acres – which today serves as home of the Y’s Camp Kekionga summer day camp. The Southeast Family YMCA would continue to serve families in the southeast Fort Wayne neighborhoods until closing its doors in 2010 to combine with the Old Fort YMCA in the dedication of the Renaissance Pointe YMCA.

In 1993, the Whitley County Family YMCA was chartered as a branch of the YMCA of Greater Fort Wayne in Columbia City. In 2005, the facilities were renovated to include a new fitness center, dance and aerobics studio and youth recreation center.

The Status Offender Court Alternatives Program (SOCAP) was developed by the Youth Service Bureau in 1994, and three years later, the School Age Child Care Services began its first school year, serving over 700 children a day in Before and After School Programs, in 1996.

The Jorgensen Family YMCA opened in September of 1998. Originally located on Homestead Road, the branch moved to its current location on Aboite Center Road, serving youth, adults and families in the southwest Fort Wayne area.

Soon after, in 2001, the Parkview Family YMCA opened on Dupont Road on land donated by Chris and Lynn Salomon. The branch soon needed to expand to accommodate the boom in population in the city’s north side, renovating in 2004 in order to accommodate its growing membership.

In 2007, a store front YMCA was opened in Bluffton at the request of the Caylor-Nickel Foundation in the hopes of continuing project Operation Wellness after the foundation dissolved.  The program sought to improve the quality of life for area residents and the Y was a natural fit to continue offering this program. Interest for a full service Y grew and in January of 2015, the Caylor-Nickel Foundation Family YMCA opened to the community and was chartered as a branch of the YMCA of Greater Fort Wayne in Bluffton including an Early Learning Center, Wellness center, Gymnasium, Indoor pool, Spinning and Aerobics studio and Youth recreation center.

The Renaissance Pointe YMCA was dedicated in November of 2010, bringing together the Old Fort and Southeast Family YMCA branches into a new state-of-the-art facility located on Bowser Avenue.

In April of 2017,  Skyline YMCA opened in the Skyline Building in downtown Fort Wayne.

In June of 2017, to meet the needs of the community members on the northeast side of Fort Wayne, the Jackson R. Lehman Family YMCA was constructed. This additional YMCA offers community-members more options when choosing a local YMCA. This 70,000 square feet facility offers more than just a gym and swimming. In addition to the traditional amenities that a full-service Y offers, this location features a warm water therapy pool, and a 6-lane 25-yard lap pool which is accessible by zero depth entry ramps.  Additionally, a sensory room, family changing rooms and adaptive equipment are also available. The facility layout and adaptive equipment provides recreational and social opportunities for adults and children with intellectual and developmental disabilities that may not be able to participate in traditional community health, wellness and sporting activities.

The YMCA of Greater Fort Wayne continues to expand and evolve towards the betterment of people at all stages of their lives through its breadth of programs, from swimming lessons to youth intervention, mentoring and family programming to elderly support. Each year of our history has been marked by undeniable accomplishments in face of the challenges of changing times, but more than anything, what marks our history is our commitment to helping people. The YMCA is at the heart and soul of growing up in the greater Fort Wayne area, and will be so for years to come.

The YMCA truly is for all. We don't want finances to be a barrier for any of our members.

The YMCA of Greater Fort Wayne is a nonprofit organization whose mission is to put Christian principles into practice through programs that build healthy spirit, mind and body for all.